RaR (RealAleRevival). Nanticoke Nectar. 7.4% ABV. From the Eastern Shore of Maryland (and yes, there is a Western Shore) comes a brewery from Groove City (Cambridge). Being from the neighboring Dodge City (Easton), there’s a certain vibe and taste that embodies this beer that is quite understandable. With hints of orange, grapefruit, and pine; there’s plenty of hoppy flavor along with a slight, but distinct, sweet malt undertone. If that doesn’t lure you in just wait for the bite at the end.

Burley Oak. Just the Tip. 5.0% ABV. While many beers of this Berlin-based brewing company have funny names based on movie favorites, the beers themselves are nothing to play with. A crispy, grainy flavor reminiscent of a good ole German brew, the floral hops make this smooth-tasting beer worth savoring every drop. It fits quite nicely into the quaint, happy little town that surrounds it. 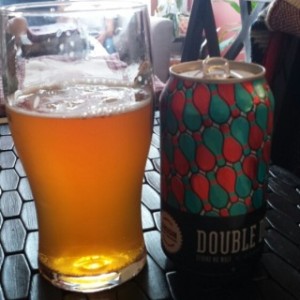 Union Craft Brewing. Double Duckpin. 8.5% ABV. Straight from the Charm City, Double Duckpin is a daydrinking (but not in the sun) type beer. It’s so good it will get you in trouble. With scents of pine, citrus, and light malt, this beer has a mix of guava, mango, and a touch of caramel notes. This is an IPA built for the beer drinker with a tolerance who is able to appreciate it while sucking it down.

Evolution. Lot #6. 8.5% ABV. This double-IPA has smoothness of a lighter beer with the versatility of a fine wine. You can drink it as comfortably with steak as you can with a TV dinner. It’s just that good. This golden beer has its fair share of malty, hoppy flavor. This tingly feeling you get inside your mouth is only bested by the strong bitterness in the finish that will keep you coming back for more. 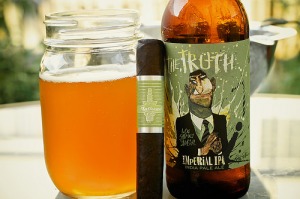 Flying Dog. The Truth. 8.7% ABV. Those that have any experience with Flying Dog know that their beers all have a bit of bite in them. That doesn’t stop The Truth from being a nice, cool dry bitter beer with the right amount of citrus, hoppy flavor to match. This a great beer for manly meals and is a great year-round Imperial IPA.

Heavy Seas. Loose Cannon. 7.25 ABV. This one has already basically become the Natty Boh of craft beers in Baltimore. It’s not exactly the cheapest, but it’s in virtually every establishment around and has the heavy, rich, citrus flavor that makes orange crushes pale in comparison.

Pub Dog. Imperial Dog. What’s better than great craft beer brewed on-site? Boundless options of pizza toppings and styles ready within minutes. The nice, grassy, lemony taste is all you need to inhale however many pizzas you so choose. But let’s not get this twisted. It’s all about the beer and the many seasonal and year-round options available. This is one double-IPA worth checking out.

Evolution. Rise Up. 6.7% ABV. The best of stout in the world may very well be from Ireland, but that’s not to say Evo’s Rise Up isn’t very good. Besides, everyone knows that the United States gets to shitty left overs that Guinness has to offer.  This stout is a nice rich and dark, toasted-brown coffee flavor from Easton’s Rise Up Coffee.

Brewer’s Art. Ressurrection. 7.0% ABV. Here’s a great dubbel with Belgian-infused aromas and flavor straight from Baltimore. Like Pub Dog, this is a restaurant brewery that happens to do food almost as well as beer (unlike most other places). This is a full-bodied brown ale with consistency that has made it one of Baltimore’s favorites.

Stillwater. Westbrook Gose Gone Wild. 4.6% ABV. Here’s more a Summer beer with such a great flavor that it technically works all year. It’s a lemony, tart, orange, grapefruit, hoppy beer with some complexity that you will wonder how it was possible to put so much flavor into one beer. It’s a gose but tastes and smells like the more popular IPA.