This weekend we have some unlikely pairs of teams playing for a chance to move one step closer to a Super Bowl ring. Somehow we’ve got 4 separate matchups where the away team is favored. Apparently Green Bay doesn’t have the line right now in Washington, but it’s tough to imagine the majority of sportswriters to pick the Skins over Aaron Rodgers. Still, everything looks just about right. Perhaps this isn’t what most expected coming into the season, but it certainly is representative of what we saw during it.

Kansas City at Houston. Both teams started with slow starts only to solidify their place in the playoffs as the middle of the season took shape. Neither team will blow you away on offense, but that doesn’t mean that both teams aren’t dangerous in their own ways. KC has a running-led attack with the duo of Charcandrick West and Spencer Ware going hard between the tackles. Every so often, Alex Smith finds a way to scramble for first downs and Jeremy Maclin has big games in spades before going quiet for long periods of time. Getting guys like Travis Kelce and Albert Wilson to find space with help immensely. Without Justin Houston, the Chiefs have gotten help with a team effort. The emergence of Marcus Peters was very important to defensive pressure and could be the key to stopping the Texans offense and DeAndre Hopkins. While Brian Hoyer’s second game back will help the team, guys like Alfred Blue and Cecil Shorts will need to be productive. All that is amazing without the missing Arian Foster. JJ Watt has been a star this year and Jadeveon Clowney seemed to be coming into his own before getting hurt. But there are plenty of other big-game guys available for this bunch. Chiefs 30, Texans 24

Pittsburgh at Cincinnati. In a matchup we’ve seen all too often in the playoffs (and obviously the regular season), each team has limped into the playoffs for whatever reason. DeAngelo Williams was nicked up and will be out so that throws a huge wrench in the game plan. But they still have Ben. Antonio Brown is a machine but needs help from emerging receivers Martavis Bryant and Markus Wheaton who have both proven to be sure-handed targets. The defense has been a different story. While turnover margin has helped the Steelers escape precarious situations, it’s been their inability to keep the opponent out of the endzone every other time. Cincinnati will be without Andy Dalton for another week, though the Bengals weren’t far off on that first-round bye. An offense that was the most lethal in the league the first half of the season has calmed down of recent due to injuries and a running game that hasn’t been as effective from Giovani Bernard (Jeremy Hill has been okay). It is obvious that AJ McCarron can’t make (and won’t be given the opportunity) the throws with tight windows as AJ Green and Tyler Eifert have been the only two guys getting multiple targets on a regular basis. The Bengal defense has slowed down a little predictably as well, but inability to move the ball has largely put them in bad field position. Too bad Andy Dalton isn’t here for this one. Who would’ve expected to be saying that a year ago?!? Steelers 31, Bengals 28

Seattle at Minnesota. No one wants to play the Seahawks expect for maybe the Vikings. Or at least we think Minnesota has the best chance against the experienced bunch. Russell Wilson and Doug Baldwin have been on a hot streak few have seen in the history of the league while several young receivers are running better routes and playing the kind of decoy that would’ve been expected out of Jimmy Graham. And the running backs just keep changing but the results stay the same. Christiane Michael is the next in a long line backs to be successful for Seattle this year. But this is a different matchup with an underrated defense and corners that will play tough at the line of scrimmage. Still, look for the Michael and Adrian Peterson to run the ball regularly in this one. Teddy Bridgewater has only been needed as a game manger for much of the season while Peterson has returned to lead the league in rushing yet again. Stefon Diggs had a great month towards the middle of the season before finding more attention from opposing defenses but there is talent at wide receiver, it just needs to get open. Will Wilson open up an air raid on Minnesota or will a few big plays be all the Vikings need to secure a home victory and a road game? Seahawks 24, Vikings 20 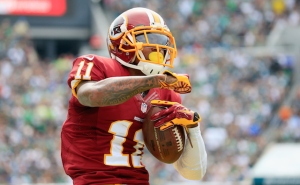 Green Bay at Washington. Somehow the Packers have found their way into the playoffs after stumbling to a 4-6 record in the last 10 games. Losing at home for the division crown hurt the most. But with all the issues with the running game and lack of deep threat without Jordy Nelson, Green Bay still finds themselves with a fighting chance. It’s up to Aaron Rodgers to get us to believe in this team again. The talent is there but the defense has been up and down. The magic number might not be enough against a Redskins team that has really played well to end the season. Kirk Cousins has made himself into a legit starter in the league in his contract year. There are several options running and receiving the ball while the defense has become adequate after being the equivalent of swiss cheese last year. One thing to note is the weak schedule played by Washington. Besides a division without an winning records besides their own, the Redskins only played three other games against teams over .500 (all of which they lost). Redskins 23, Packers 17