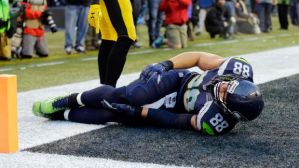 This NFL season has been a tough one for Fantasy Football owners, but how do you think the real owners feel? So many injuries to so many high-profile players have left teams shuffling just to make the playoffs. Teams that were once presumed to be elite and deep (the Ravens) can only really fight for pride and play for draft picks, while teams with legitimate Super Bowl aspirations (New England) have no option but to reload and hope some of their stars make it back in time to put them over the top.

Each and every week we see big-time players getting shelfed. So why is it happening? Are players weaker or is the system making them so? My guess has it less about the tough-nosed mindset of most football players and more on the over-sensitive culture that has overtaken the NFL and their protocols to keep players safe. I’m glad less players will suffer concussions, but new technology to keep players safe may only make it easier to continue to hit each other the way they do.

Game speed is something you can’t control. Players are getting bigger, stronger, faster, and smarter over time to the point that the maximum punishment is being dealt every time. So how about instead of making uniforms/equipment “safer”, the NFL takes away some stuff and makes it more dangerous. Now stick with me for a second. Don’t you think that players will be smarter if there’s an even greater chance of getting hurt? There will be less dives at the knees and less high hits to the head. Sure, there’s a lot that happens at a speed that the needed decision-making process just doesn’t allow. But for as much as people are thinking about staying safe it’s tough to imagine guys being terribly reckless with less equipment. I don’t know. Maybe that’s an idiotic idea, but nothing else seems to be working.

Imagine this was your fantasy team for the year with the regular amount of roster spots.

No one would have been likely to get all these guys. Manning was somewhere around a 4th to 6th round guy (if not a little later). Bell was towards the back of the 1st round (only because he was going to miss the first 4 games) but otherwise was set up to be the best player in the league fantasy-wise and beyond. Jamaal Charles was yet again ready to shoulder the load for Kansas City team without much help outside of him and was a solid 1st-rounder. Julian Edelman and Keenan Allen were both high-volume guys likely to go higher in PPR drafts (maybe 4th round) but were likely 5th to 6th round guys in standard leagues. Gronkowski was a back-end 1st round guy that was not available past 15th overall. Lynch has always been the guy pundits expected would have his body give out after 300 carries year after year, but he was easily a top round dude. Dion Lewis probably wasn’t on your radar before the season started (unless you are a Pats fan or really fucking smart) but a handful of games in and he was a Fantasy MVP if not for his QB. Smith was a 6th to 9th round guy with tons of potential even with an offense going back to the running game more with Kubiak. Graham was in his first year with a new team but expecting good things from a 5th to 7th round pick wasn’t a crazy idea. Benjamin was slated to be the big threat again for Cam Newton. Assuming he didn’t drop the ball in the endzone a bunch more he was likely to be a big performer this year (and worthy of a 6th to 8th round pick). Forte was coming off a record receiving year for a running back (catching 105 passes) and taking him beyond the 1st round wasn’t really an option, though some leagues had him as late as 12 or 13. Justin Forsett had just had a dream season, and while many expected a step back, the guy still commanded a 3rd to 5th round look in all formats. And finally, Arian Foster was a guy coming back from injury likely to be stashed away for 4 games or so until he was ready to go. But when healthy, Foster was a weekly starter with 1st round ability that was easily worth taking in the 4th or 5th round. And that’s without swapping out Lewis for a guy like Andrew Luck who was a top pick (for QBs, anyways). 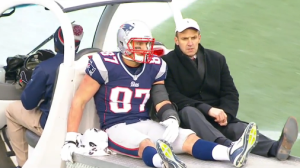 Okay, so not all these guys have had season-long injuries. But a couple are now gone for the season, while others (Lynch and Manning) don’t look good. The NFL continues to evolve with the different rules and the game as a whole. As a result, teams have been able to plug and play while remaining reasonably productive after seemingly large losses. This isn’t even the entire list as there are tons of big names from defenses that have gone out for the season with crazy injuries (i.e. Terrell Suggs, Cameron Wake, Charles Johnson).