Skip to content
Posted on September 15, 2015 by theinfalliblebro Posted in RANDOM BUT RELATIVETagged Alone, Comedy Central, Dash Dolls, Drunk History, E! Channel, Inside Amy Schumer, Keeping Up With The Kardashians, MTV, The Peoples' Couch, The Real World, The Soup

There’s a lot of stupid shit on TV. A lot of it is dumber than even these shows. But not a lot of it is on big networks like this shit.

Drunk History. Its basically just dumb drunk girls (not sexist just accurate) doing voiceovers for admittedly talented, respectable actors/comedians. These girls talk in their drunk-speak which is basically the same as at the bars, because who knows who is drunk there, and they talk about American history. I know they are trying to make this shit funny and/or interesting. But it’s literally the same thing as listening to any random girl whine about the guy that won’t call her back. If this show didn’t suck it would be: Inside Amy Schumer

The Peoples’ Couch. A year (or maybe two, I’ve lost count) we talked about a show that would literally just be talking about shows. The Peoples’ Couch is still on TV talking about other shows. Reviewing different reality shows that are easy to pick on and adding their two cents to attempt to be funny. Instead, it’s just a bunch of failed comedians reading lines written by failed comedians. What a waste of time. If this show didn’t suck it would be: The Soup

Any Real Housewives Show Ever. You’d think these women would run out of ways to out-trash the previous seasons. The white women can’t stop talking behind each other’s backs and getting upset when their husbands obviously cheat on them with younger women (usually after they were once the younger women that facilitated cheatings) and the black women talk behind each other’s backs and then wait until getting on national television to fight at the reunions. And then the reunions end of having 4 FUCKING PARTS! How is that possible? Four hours of rehashing things that were never really real in the first place. If this show didn’t suck it would be: Not on TV. Seriously, if it’s real then there’s probably not too much drama.

That New Show about the sluts that work at the store that those fame whores own. I got tired of using caps but the show I was referring to is Dash Dolls, which debuts next week on the E! channel. Apparently people are interested in what the hot/slutty/trashy girls that work at a “high-end” retail sales boutique owned by the Kardashians are doing aside from folding shirts and talking about the guy that forgot to call them after they put out the other night. If this show didn’t suck it would be: On mute. I could actually get on board with watching this show if I didn’t have to hear ANY of their voices. Might even find a fun drinking game to play with it. Or other things. 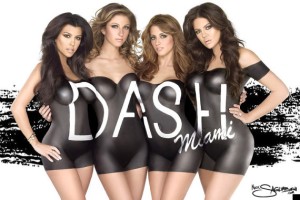 The Real World. Remember that time reality shows were real? I don’t. It’s been so long that most of this generation has no actual recollection of non-scripted reality. The first installment of the MTV series was in the early 90s (’90 or ’91? Something like that). When it all started things were relatively genuine and the reality boom was still several years away. Now there’s a million different versions of the show. The casts used to at least have lots of attractive people. No more. Now it’s just boring, ugly people with commonplace lives and not much else going on. If this show didn’t suck it would be: Alone. These people need to be put on an island and we can see who comes back.