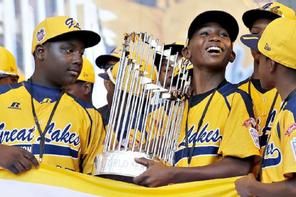 It’s something as simple as an app that streamlines the real intentions of people everywhere. The same people that blast Major League baseball players for juicing are also the same people that find fault in a Little League baseball team that decided to expand their already large pool of All-Stars to even further lengths. Yes, using amateur sports that feature kids to compare to professional sports isn’t the best way to show how ridiculous everyone is, but it’s the best way to show that everyone is doing it.

These are ideas that don’t just come out of thin air, no are they ideas that take tons of time to construct. A lot of this happens as a direct result of what we deem is okay. Think of something really basic; like Words With Friends. Everyone plays that game. Maybe not as much as when it first came out, but there’s still lots of loyal fans that have endless hours to poke their eyes out while at work. So instead these people play tons of games in hopes of flexing their proverbial muscles because they likely aren’t very good at anything else.

And then you wonder how it happens. I was an English major in college (Yes, I know that was the worst one possible. And no, I can’t do to many things with it at this point.) and so you’d think I would have a decent command of the English language. If this isn’t your first time reading this blog then you know I’m pretty amazing (or terrible depending upon how high your standards are). But knowing how to spell and how to speak isn’t always the same thing as knowing all the words in the English language. So did you know there are cheats for Words With Friends?

There are people that actually use a free game app on your phone and cheat on it. What’s the point of something like that? Does it make you feel any bigger to beat a friend that you know doesn’t really give a shit? Or better yet, to beat a random person that could live thousands of miles away? Well it’s pretty obvious when it happens. The guy that you beat by a modest score comes back to beat you by hundreds. Or the woman that’s average 600 points a game that takes 10 hours to get back but always comes back with a word that’s worth more than your highest personal best ever!

People are probably finding ways to cheat in the Kim Kardashian game or the war game that I don’t care what it’s called because I’m only looking at Kate Upton’s boobs. So can’t you see how it comes full circle? Cheating is just what we do. Not really everyone, but most everyone. And it’s not because people don’t want to win the honest way, but because you hate to lose. And it starts small. It starts in parts of life that don’t seem like that big of deal. People might not be affected long-term and you won’t be affecting the well-being of anyone initially when being a fake. But at some point you’re going to be at a crossroad that leaves you with two absolute answers. One might not be so great, but the other one is always worse. There’s no excuse for cheating in the same way that there is no excuse for domestic assault. It starts from the bottom. Teaching the right way the first time is the only solution.